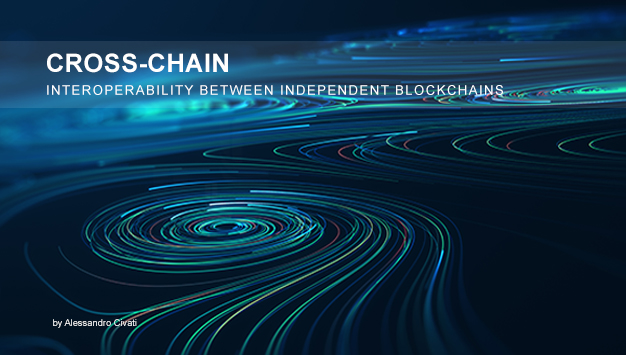 Blockchain and distributed ledger networks continue to explode every day, making it necessary to interconnect the new chains as people find different applications for the latest technology. The majority of blockchain networks operate in isolated ecosystems to address a unique set of needs.

Initially, blockchains were considered a comprehensive solution for all transactions, contracts, and everything else undertaken on the single chain. However, challenges associated with innovation and scalability revealed that the technology wasn’t as practical as it first envisioned. The fact that blockchains operate in isolation has severely limited the full enjoyment of ledger technology. A good example is that it is impossible to share information between Bitcoin and Ethereum, two of the most popular blockchains. Users cannot enjoy the full benefits of the ledger technology due to the handicap in establishing communication between different blockchain technologies.

In the proliferation of blockchain projects, blockchains, ledgers, and DAGs have been used to perform a whole set of different interactions and data processing functions. Other blockchains have been designed for community organizations, religions, government departments, and labor unions. Such developments have led to the rise of different types of chains and the increasing need for cross-chain technology to solve interoperability issues. Cross-chain technology will facilitate accessible communication between blockchains and the seamless sharing of information.

Interoperability refers to the concept where blockchains can communicate with each other to allow smooth sharing of information. It is the ability to see and access information carried/stored in a different blockchain. That means that if the information is sent to another blockchain, a user on the other side can see it, read it, understand it, and react appropriately by using the minimum possible effort all through that process. Cross-chain technology seeks to create and enhance interoperability between blockchains and thus eliminate third parties’ need to establish such connection.

Cross-chain implementation is basically represented by an asset transfer or asset swap, both essential parts of blockchain and items of research direction for PPIO. Cross-chains help eliminates the limitations of a single chain. Generally, cross-chain interactions are categorized into isomorphic cross-chains and heterogeneous cross-chains depending on the underlying technology.

The resulting cross-blockchain compatibility will support more superb communication between chains without the need for intermediaries. It allows the transfer of value and information between blockchain networks. For example, businesses will be able to transact with clients of other companies using other compatible blockchains. The cross-network transfer and sharing of information will occur without the downtime and will not attract expensive transaction fees. Just easy, cross-chain compatibility brings value transmission to blockchain networks.

Early users of the cross-chain technology include Ripple, who have explored the possibility for cross-chain transactions. The Ripple project aims to make it possible for both institutions and individuals to transfer and exchange digital assets across different blockchains. Ripple wants to become a leader in facilitating cross-chain transactions, following closely in its leading role in helping banks settle cross-border payments in other currencies and cryptocurrencies.

Otherwise, new emerging projects are acquiring an exciting quote of the market like the LutinX project. Inside a single web interface, it lets users switch between blockchain technologies depending on their specific needs. Not only one Blokchcian, but a lot of them in a single place. Suppose this project will move the right way. In that case, we’ll access different chains integrated into a single interface. This Interoperability project can be an optimal solution and further accelerate blockchain’s mass adoption.

In the healthcare industry, blockchain interoperability will address issues around the inability to share and act on data, improve ease and efficiency of sharing critical data, address privacy issues, especially when sharing data, enhance security, improve transparency, and reinforce ownership and control of data.

The finding of open protocols that support universal communication between different blockchains and introducing diverse functionalities will open up possibilities. Interoperability will present opportunities such as multi-token transactions, payments across multiple blockchains, and interaction between different NFT management systems. These functions are the future of the new digital economy and the mass adoption of blockchain technology.