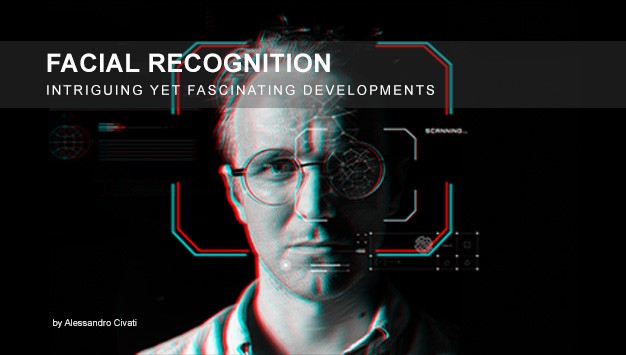 Facial recognition continues on the development path of total momentum. Facial recognition is becoming mainstream. Day-to-day application of the technology includes unlocking of devices and even in tagging of friends on Facebook. It’s considered one of the most natural biometric technologies available today. After all, we recognize ourselves by looking at our faces. With the further development of the technology arises weighty concerns and severe reactions.

Facial biometrics is the preferred benchmark for biometrics since it’s easy and faster to deploy and implement. Yet another advantage is that there’s no physical interaction with the end-user.

We have a look at the major trends in facial recognition that will define the landscape in 2021.

The major software giants are engaged in a race for biometric innovation, with projects being published and launched in areas of artificial intelligence, facial analysis, and image recognition.

Projects by major IT giants such as Academia’s GaussianFace have achieved facial identification of 98.52%, DeepFace by Facebook and Google has an accuracy rate of 97.53%, and Rekognition by Amazon that has been used by law enforcement to perform face matches against databases.

Further developments in the industry include facial emotion recognition (FER) that seeks to map facial expressions to identify emotions such as anger, joy, disgust, surprise, sadness, and a myriad of compound emotions.

Further developments will go into the recognition and interpretation of human emotions. Besides facial detection/recognition, other applications are face expression detection and expression to specific emotional states.

Artificial intelligence is the driving technology behind facial recognition. Precisely, deep learning is the precise technology that helps the system learn from data.

Deep learning is central to the development of present-day algorithms that aid in face detection, face tracking, face matching, and real-time translation of conversations. The technology is helping to improve facial recognition systems. Artificial neural network algorithms are further enhancing the accuracy of face recognition algorithms.

It is estimated that the global facial recognition market will generate about $7 billion in revenue by 2024. Numerous applications in the market are driving the growth in the industry. The biggest driver of growth is surveillance in the public sector.

The three major facial recognition applications are in law enforcement to combat crime and terrorism by tracking and identifying criminals. Facial recognition is used when issuing identity documents in combination with other biometric technologies. Police departments use facial biometrics to run searches against databases of driver’s licenses and ID photos.

In the health sector, facial analysis and deep learning allow the accurate tracking of patient use of medication, detection of genetic diseases, and the support of pain management procedures.

Facial recognition in the retail and banking sectors shows the most significant promise. The application of facial recognition is in the know your customer (KYC), which has gained increased traction during the pandemic. Banks moved to digital account opening and other digital onboarding channels. The retail sector is testing facial recognition payment solutions, which are in advanced stages of development.

Hacking and data theft are increasingly becoming concerns in the facial recognition field. Hacking incidents are on the rise even though technical and legal safeguards have been put to protect data, privacy, and people from these vices.

A Russian, Grigory Bakunov, has developed an algorithm that helps people avoid proper face detection by confusing face detection devices. The algorithm creates unique makeup that is used to fool facial recognition software. However, the algorithm has not been brought to market to prevent criminals from using it for nefarious purposes.

A Berlin-based artist, Adam Harvey, has created a CV Dazzle device that works similar to the previously described solution. Additionally, the artist is working on clothing that features patterns that aid in prevent facial detection. The key is the hyperface camouflage that incorporates fabric patterns such as eyes and mouths that help to fool any face recognition system.

Researchers in Germany have revealed a hack that facilitated the bypassing of the facial authentication of Windows 10 Hello through the printing of a facial image in infrared.

A fascinating experiment by Thomas Smith recently published in January brought to the fore a simple technique that could help make you invisible to facial detection systems. By wearing a disposable mask and opaque sunglasses, an individual can quickly become invisible to these systems.

The Moral and Ethics Conundrum

One central question that needs to be answered comprehensively is whether it’s worth risking user privacy for security and efficiency. Facial recognition is drawing controversy, especially with underlying racial undertones. In the UK, the Court of Appeal has outlawed the use of the technology in law enforcement, citing that it violates data protection laws, human rights, and equality laws.

Racially motivated police brutality and enforcement practices in the US have seen major IT giants like IBM, Amazon, and Microsoft have distanced themselves from developing and selling facial recognition technology to law enforcement agencies.

The biggest threat is privacy, as people don’t want to have their faces recorded without authorization and stored in databases for unknown future use. Real-time facial recognition surveillance by law enforcement has been banned in many cities and some countries. It’s argued that law enforcement officers would run people in their databases without a warrant, akin to treating people as criminals without cause. Facial recognition in such instances violates human rights as well as personal rights.

In conclusion, facial recognition isn’t perfect and is prone to creating unintentional biases and flawed inferences. However, the continued evolution of the technology will address the inherent problems and improve the efficiency, accuracy, and impact  of facial recognition.