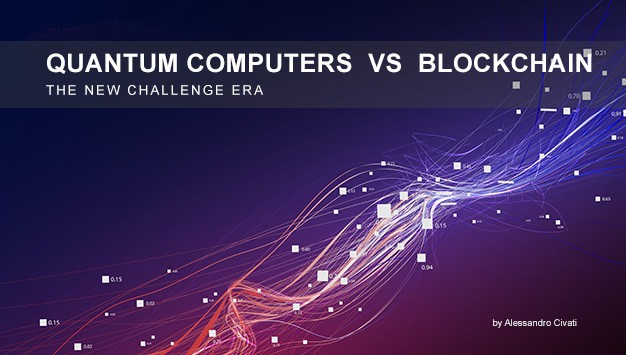 Quantum computers use high-precision measurements of electrical fields, magnetic fields, gravity, and temperature. With quantum computing, the unimaginable is becoming real. Quantum computing holds promise and great potential. The technology portends changes for cryptography, mainly due to the ease of breaking the mathematical difficulty currently used. In asymmetric cryptography, the private and public key pair is generated so that the two have a mathematical relation. That way, a person can produce a digital signature, using their private key, verified by anyone with a corresponding public key. Cryptography is most commonly used in the financial industry to prove the integrity and authenticity of transactions.

The theory of quantum mechanics is markedly different from the laws of nature that are simple accepted in inarguable truth. Quantum mechanics has peculiar features and nuances that differ from the laws of nature through the theories of superposition and non-locality. Simply put, the theories imply that particles can be in different places at the same time. Quantum mechanical theories came about from the idea that people use these complex laws to develop technologies that could solve problems beyond the capacity of standard computers. Some of the potential applications of quantum technology including cryptography, quantum timekeeping, signal processing, and global positioning.

Quantum computers use a data storage unit called a qubit which can take two binary values, 0 and 1, and even a range of values in between through superposition. Standard computers use bits as the unit for data storage that is either 0 or 1. A Quantum computer requires a minimum number of qubits to solve a computational problem depending on the complexity of the problem and the algorithm’s efficiency.  Quantum computers offer additional computational power and thus are faster at performing specific tasks than classical computers, including powerful supercomputers. They are limited in completing simple jobs, which means that they cannot entirely replace classical computers but are used in combination with governments and large organizations for tasks that offer a competitive advantage.

Further development of this technology will cause a disruption both economically and socially. The power and reliability of quantum processors continue to improve. Quantum computing will offer productivity gains broken down as both cost savings and revenue opportunities. Long-term benefits will be seen in major industries such as the financial sector, cybersecurity and defense, agriculture, energy, chemical, and pharmaceutical companies.

Quantum computers pose a serious threat to the blockchain. It is especially true for cryptocurrencies, with up to 25 percent of the Bitcoins in circulation being vulnerable to a quantum attack. Bitcoin is a decentralized system that can transfer value. Bitcoin users are responsible for generating their random addresses, a process that is enabled through cryptography. The user’s computer will calculate a random Bitcoin address (public key) and a secret (private key) to allow transactions from their address.

The bitcoin user authorizes a transaction by providing a digital signature that acts as proof of ownership of that address. Quantum computing presents a challenge in that anyone with a quantum computer can use your public key to falsify your digital signature and end up stealing or spending your Bitcoins.

Blockchain transactions are completed by implementing a custom logic that allows different financial transactions, such as shared ownership and escrow. In the initial stages, bitcoin transactions used the pay to public key (p2pk) method, which had two main challenges; long addresses that caused longer processing times and inability to check missteps. With quantum computing, the public key is easily obtainable from the address. It would then be used to derive the private key and gain access to Bitcoins in that address.

A public key hash is used and popularly referred to as pay to public key hash (p2pkh). A soup is simply a one-way cryptographic function that ensures that the public key is not directly revealed on the address. The method helped address the twin problems of address length and checksum. Therefore, a quantum computer cannot derive a private key since the public key is not known/revealed. However, if funds are transferred from a specific p2pkh address, the public address is shown and marked as used. It may be best practice, but not many bitcoin users follow it. Sufficiently large quantum computers will be in a position to exploit a vulnerability in p2pk and reused p2pkh addresses.

Quantum computing poses a big challenge for the security of the Bitcoin blockchain and all the “old” cryptocurrencies. Currently, about 25% of the bitcoins in circulation are vulnerable to quantum attacks. It is still unclear how fast quantum computing will become in the future. With further advancements in the quantum computing space, the time a quantum computer requires to derive a private key from a public key is expected to reduce. Scientific estimations indicate that a quantum computer will take about 8 hours to break an RSA key. Other analyses suggest that a bitcoin signature could be hacked within 30 minutes using a quantum computer.

The bitcoin blockchain is still safe because it takes 10 minutes for a transaction to be mined. If and when a quantum computer gets closer to 10 minutes of deriving a private key from a public key, then the bitcoin blockchain will have become inherently broken and all confidence in the technology. Even where people put their bitcoins in new p2pkh addresses that are safe, if the belief in the technology crashes, then the price of Bitcoin will be heavily impacted.

With LutinX, YOU can start using Blockchain NOW.