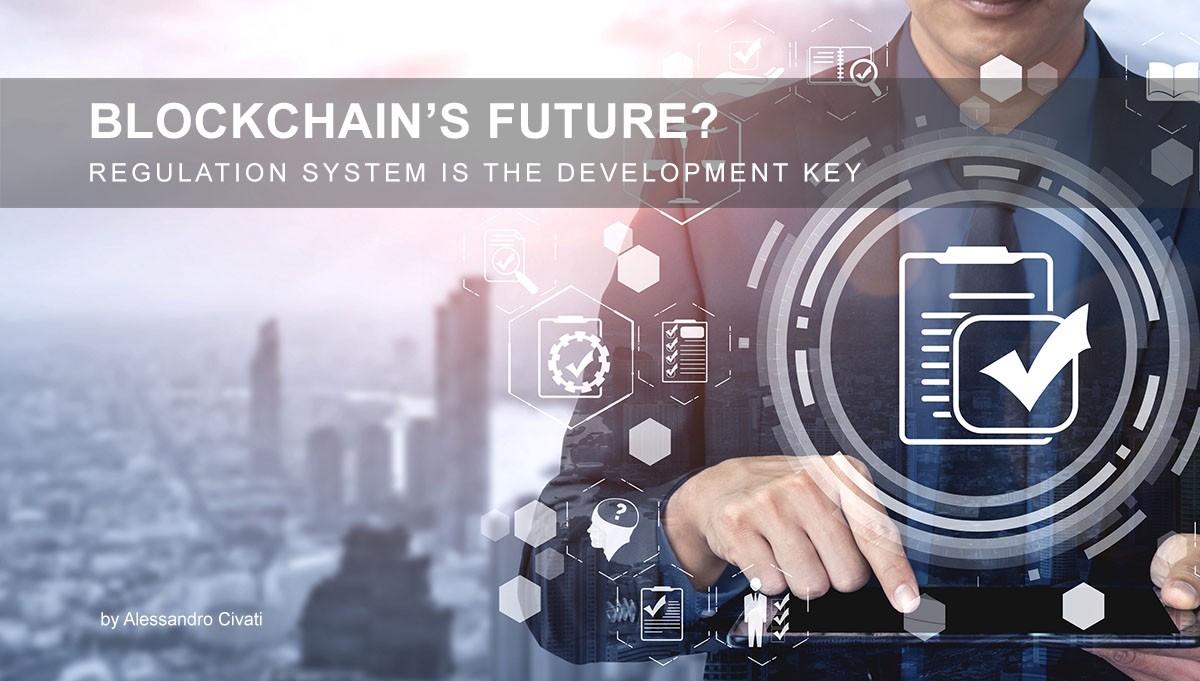 Blockchain technology continues its development and widespread adoption towards a decentralized internet. It heralds the rise of Web 3.0 characterized by decentralized finance and only compared to the advent of the internet itself. The revolution has been likened to the beginning of the internet. True success for blockchain technology will be based on proper regulation.

Regulatory bodies need to evolve with the rapidly occurring changes in blockchain technology and the crypto markets. We have seen people take up very opposite positions on the matter of regulation. Some people believe that decentralized technology and law are mutually exclusive. A lack of regulation is not a good thing for the industry, and its meteoric growth is attracting the attention of regulators globally.

Regulators and policymakers worldwide are focused on decentralized finance (DeFi), stablecoins, smart contracts, NFTs, crypto assets, central bank digital assets, and non-hosted wallets. Some innovators are opposed entirely to the idea of regulation, while others propose that the right way to regulate crypto must be found.

Current regulation in the IT industry is not suited for crypto and blockchain since it may ruin the core principles of decentralized technologies. However, there is a realization that both decentralization and regulation are inevitable. The best approach is for regulators and innovators to work together to chart a path forward. In order to find the right balance, the blockchain community requires a more profound and closer working relationship between both regulators and innovators. Initiating dialogue between the blockchain community and regulators and authorities will make it possible to find the right way to regulate the industry — through smart regulation. Otherwise, ruining the core principles of decentralized technologies would return us to the starting point.

Will blockchain and crypto lose their core values with the inception of regulations, or will regulations adapt to the decentralized technology and its immense benefits for society? For a start, the blockchain industry should accept that no inherent aspect of the technology can go wholly unregulated. On the other hand, the technology cannot be overly regulated or banned because it’s new and embodies decentralization.

New technologies that cause a significant disruption tends to attract a regulatory crackdown. The distributed ledger technology heralds a new paradigm, such as through decentralized finance (DeFi).

Blockchain and crypto are here to stay and will overcome regulatory hurdles. We have already seen a variation of how regulations are being implemented in different countries.  There are numerous approaches adopted across the world to regulating blockchain and cryptocurrency. Countries such as Bermuda, El Salvador, Portugal, Singapore, and Ukraine have passed a regulation that embraces the decentralized nature of blockchain. Other countries such as India, Nigeria, and Turkey have banned the technology. Another bunch of countries, especially in America and Europe, are at the point of inflection. The issue is no longer about introducing regulation but how the law will take shape.

Regulators are on a learning curve about blockchain technology. Regulatory frameworks usually are developed incrementally and are designed for centralized and intermediated sectors. For example, DeFi is not vertical and intermediated like traditional finance but takes a flat and peer-to-peer format. In terms of regulation, financial regulations are all about regulating the activities of intermediaries. For DeFi, the lack of intermediaries means that there’s no jurisdictional hook. The absence of clear jurisdiction is what makes regulators jittery about a decentralized future associated with blockchain technology.

Governments and regulators have been taken by surprise by blockchain innovations cropping up each day. It’s not helped by the decentralized, disintermediated, and borderless nature of blockchain networks. Without a doubt, countries that have embraced blockchain and cryptocurrency are already reaping the rewards. These countries have become the global blockchain technology hubs as investors are attracted to stable regulatory environments. The regulators in these countries realized the value of blockchain technology and acknowledged its benefits. The regulations put in place are carefully considered and have been adapted to blockchain and its decentralized nature. As the technology matures, so will the regulatory approaches to it.

Innovators in the blockchain and cryptocurrency spaces have been opposed to being regulated for fear of being forced into frameworks that don’t fit the industry. However, widespread recognition is that decentralization is here to stay, and the regulatory framework is about safeguarding gains and markets. The blockchain industry must explain how the technology is different and why so that policymakers know the benefits and risks associated with its widespread adoption. For example, regulations are being used in crypto, especially for exchanges that offer crypto-to-fiat, such as the Know Your Customer and Anti-Money Laundering laws. Besides the limited rules being used in the blockchain industry, decentralized networks provide greater visibility than traditional finance. Processes and transactions in conventional finance are opaque, preventing visibility across an entire financial sector.

The introduction of smart regulation in the blockchain industry will drive faster adoption and innovation within the sector. The growth of innovation is on an exponential trajectory. The entry of governments in digital currencies through central bank digital currencies (CDBCs) allows for visibility into the industry and programming of fees and taxes. The elimination of ambiguity in regulation will foster growth, further innovation, and attract investors. Adapting to rules will be necessary for any business in the blockchain industry that wants to operate globally.

With LutinX, YOU can start using Blockchain NOW.